Hispanic Entrepreneurs Are Beating Expectations and Bolstering the U.S. Economy

This point obviously seems to be missed in our current political debate. And the conclusions here are driven by numbers and data, not rhetoric. Hispanic entrepreneurship helps drive our economic growth. 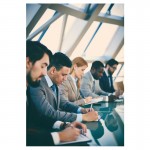 ership for a New American Economy and the Latino Donor Collaborative’s 2014 report, “Better Business: How Hispanic Entrepreneurs Are Beating Expectations and Bolstering the U.S. Economy,” shows how the number of Hispanic entrepreneurs in America has grown exponentially over the past two decades, powering the economy during the recent recession. Hispanic immigrants in particular are now more likely to be entrepreneurs than the average member of the U.S. population overall.

Key findings of the report include:

You can download a copy of the full report on the Partnership for a New American Economy website at Report: “Better Business: How Hispanic Entrepreneurs Are Beating Expectations and Bolstering the U.S. Economy,”

While I have seen similar numbers before, I expect this will provide new insights for many, and also reinforce the point that numbers and data, rather than rhetoric, should drive our conclusions.

Paul B. Silverman writes about entrepreneurship, healthcare, analytics, and strategy management and serves as Advisor, Speaker, Educator, and Managing Partner of the Gemini Business Group, LLC, a new venture development firm, and author of “8 Building Blocks To Launch, Manage, And Grow A Successful Business.” He also serves as Adjunct Professor in the School of Business at George Mason University. See more at Paul B. Silverman Blog and sign up for Entrepreneurship Today! email updates to track latest new venture developments.